Second Quarter Information of the year 2019

As Darüşşafaka family, we are happy to share the "Second Quarter Information of the year 2019" with you.

New Students:  We have administered exams in 24 provinces on May 26, to select our students who would join our family for the school year of 2018-2019. 1,568 candidates took our exam. We declared the all candidates both on the acceptance list, and on the waitlists, on May 31. On June 12-13-17-18-19, we have performed the health controls of all candidates. Our 122 students, who have obtained the right to enroll following a financial status research, will begin their educational journey in Darüşşafaka on September 4.

New Graduates:  Our 70 studentsof Darüşşafaka High School from the period of 145, received their diplomas in a ceremony held at Darüşşafaka TİM Show center, on June 18. In the ceremony, graduates of the year 1969were also presented with commemorative diplomas, as this was their 50th year of graduation from Darüşşafaka. 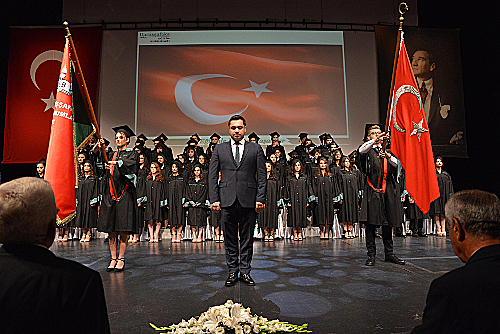 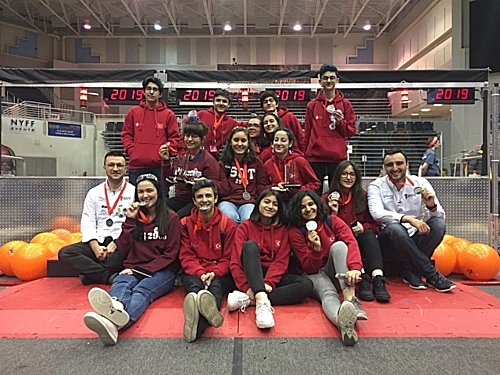 We have celebrated the April 23, National Sovereignty and Children’s Day.

“14th Youth Sait Faik Story Award Ceremony”, held each year in honor of esteemed author Sait Faik Abasıyanık, who is also a donator of will for Darüşşafaka, was organized at TİM Show Center Fettah Aytaç Hall, on April 25. This year, 506 stories from all around Turkey took part in the contest. As of Darüşşafaka students,, 23 stories of high school students took part in the contest.

On April 29, Traditional Arts Night was held at TİM Show Center, where our students showed their performances,the result of a year’s work.

Darüşşafaka Robotics Team took its place in Turkey Innovation week with its success abroad. Minister of Youth and Sports Mehmet Muharrem Kasapoğlu presented the Championship Cup to the members of “Sultans of Turkey.”

On May 14, a science-talk was held for Darüşşafaka Secondary School students with the participation of the CEO of Eczacıbaşı Group, Atalay Muharrem Gümrah, and Young Guru Academy (YGA).

In the 26th International Philosophy Olympiad held in Rome, Defne Hadiş, 12th Grade Student of Darüşşafaka High School, was deemed worthy of the “Honorable Mention". In the competition in which Defne Hadiş received an award, more than 100 high schools from 50 countries competed.

May 19, the Commemoration of Atatürk, Youth and Sports Day, a gift of the Founder of our Republic, Mustafa Kemal Atatürk, to Turkish Youth, was celebrated with a ceremony organized by Darüşşafaka students and teachers.

On May 28, the students of Darüşşafaka Schools successfully staged the musical “Fiddler on the Roof”. 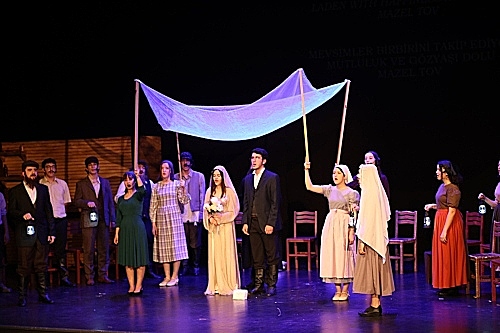 Fiddler on the Roof Musical

On May 30, Darüşşafaka said farewell to its 119 students of the 150th period of Darüşşafaka Secondary School, with a ceremony.

On May 30, the documentary “Güç Sensin/You are the Power” dedicated to the 100th year of May 19 by the journalist/director Tuluhan Tekelioğlu, was viewed by Darüşşafaka students at TİM Fettah Aytaç Hall. The life of Şeyhmus Aca, this year’s graduate from Darüşşafaka High School, was also shown in the documentary.

Process for verifying the financial status of the regular students, who obtainedthe right to study at Darüşşafaka as per the Darüşşafaka Entry Exam results, has begun. 2 students were also added to the 120-student quota set by Darüşşafaka, with the support of 2 donators. Thus, 122 students, deemed appropriate with the decree of Board of Directors, will begin the 2019-2020 education year on September.

After our Society’s General Assembly on April 6, new Board of Directors, under the chairpersonship of M. Tayfun Öktem, distributed the duties and commenced its duty.

One of the benefactors of Darüşşafaka, Sami Serozan, was commemorated on April 12, on the 43th year of his passing away.

Governor of Istanbul, Ali Yerlikaya, visited Darüşşafaka on April 25. Yerlikaya met with the new Board of Directors, and extended his congratulations.

Darüşşafaka Society Higher Advisory Board (YDK), uniting the public opinion leaders, who desire to accompany Darüşşafaka with its ideas and experiences, held its second meeting of 2019 on May 4, under the chairpersonship of Hüsamettin Kavi.

“Rice Day”, organized by Darüşşafaka Members Association on May 5, Sunday in the Darüşşafaka Schools Campus, brought together the alumni of Darüşşafaka living in different corners of Turkey and the world. 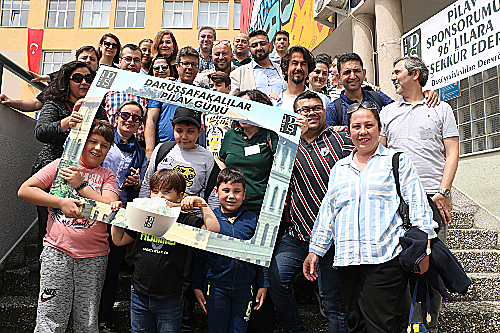 On May 10, a commemorative ceremony was held on behalf of the late Abdurrahman Hayati Arıkan and his wife, the late Media Arıkan, who have donated the plot of Maltepe Residence. 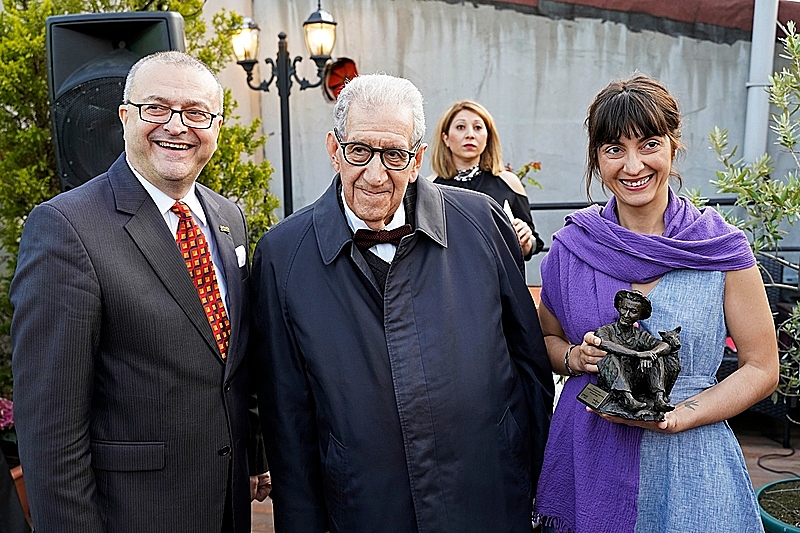 For the sacred spirits of our donators who are not with us, for all those who have served for Darüşşafaka and for all our martyrs, an Islamic memorial service (mevlit) was held in Istanbul, Ankara and Izmir, on May 31, on Laylat al-Qadr (Night of Power).

Former and current Chairpersons of the Society visited the relevant civil authorities.

New Strategic Plan works to be disclosed to the relevant stakeholders in the 4th quarter, have begun to be completed in September.

Our works related to Human Resources, organization structure, and work culture have been accelerated.

Our commissions, especially the Asset Management Commission, and the Commission for Donation, Communication and Fundraising, have increased their pace for the works aimed at sustainability, and are making evaluations including new manners of business.

In the second quarter, 7 new donators joined the Darüşşafaka Residences. Thereby, as of the beginning of 2019, the number of residence donators who joined our family became 15.

In the second quarter, the individual contributions of our donators, living in Darüşşafaka Residence, to our Society amount to 1,882,000 TL in total. .

On May 9-10, a year’s handiwork of our donators living in Yakacık Residence, such as accessories, knitting, paintings and reliefs, were sold in a charity sale on behalf of Darüşşafaka.

Chairperson of Board of Directors