Students of the DŞMakers club, won two gold medals at the “Canada Wide Science Fair”, a science fair held in Canada where many bright scientists from all around the world compete which, with their two projects designed for handicapped people. 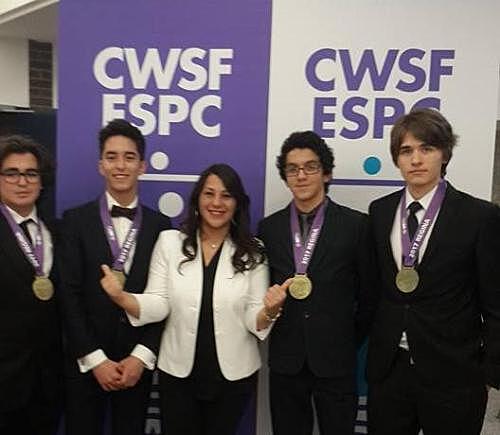 4 students from DŞMakers Club represented Darüşşafaka and our country in an international scale with two projects they designed for handicapped people in a science fair called “Canadian Wide Science Fair” help in Canada on 15-20 May.

After the evaluation of Ümit Karademir, Canadian Wide Science Fair organization’s Turkey representative, and his team, projects of Darüşşafaka high school 10th grade students Ali Akgül, Eken Özlü, Mustafa Kemal Gündem Eroğlu and Bayram Ali Yıldırım were chosen to represent Turkey among other projects who had applied to the organization. Only two projects were selected from our country and these projects were the ones that were developed by Darüşşafaka students. 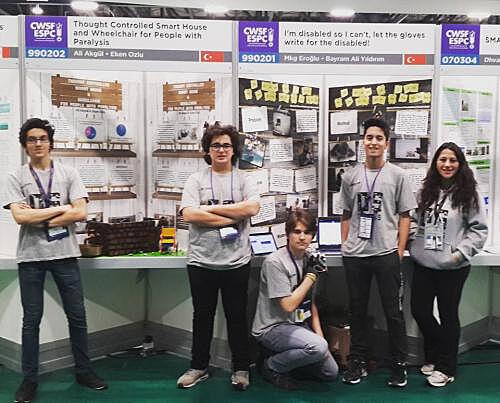 In the competition where many young bright scientists from various countries in the world were competing, Darüşşafaka “maker” students, won two gold medals with their projects to ease the lives of handicapped people.

Canada Wide Science Fair is a very prestigious worldwide organization that carries STEM studies to outside the classroom. Canada’s brightest 500 young scientists as well as a lot of other countries’ brightest young brains attend the organization with projects designed to solve real world problems. 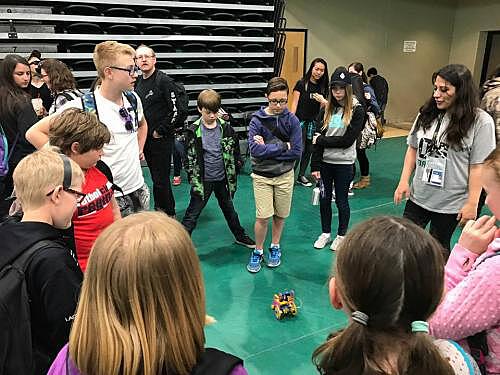 In the organization aiming to inspire next generations, Canada Wide Science Fair, Darüşşafaka students did not only present their projects but also had the opportunity to examine various projects, gain experience and meet young scientists like themselves. 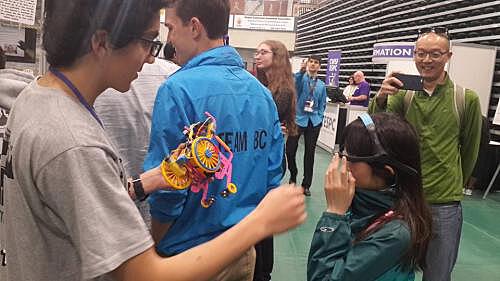 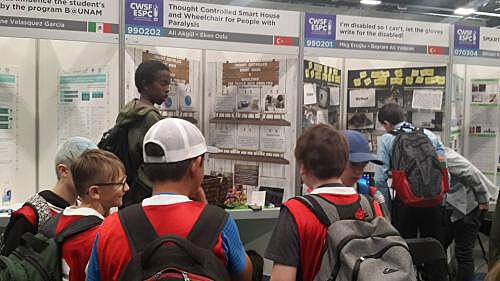 We congratulate Darüşşafaka students and their advisor Yonca Özgün, wish our students many more of experiences like this one where they took a very important step in being an arbiter in an international platform as well as becoming a scientist in the future.