Darüşşafaka Robotics Team “Sultans of Türkiye” enjoys the opportunity to participate in the FIRST (For Inspiration and Recognition of Science & Technology) Robotics Competition in the USA for the past 9 years, and make us proud.

This year, they competed at the San Francisco Regional on March 16-19, 2017 and won the prestigious “Chairman’s Award”. Thanks to their success, they earned a place in the FRC World Championship which will take place in Houston on April 19-22, 2017. 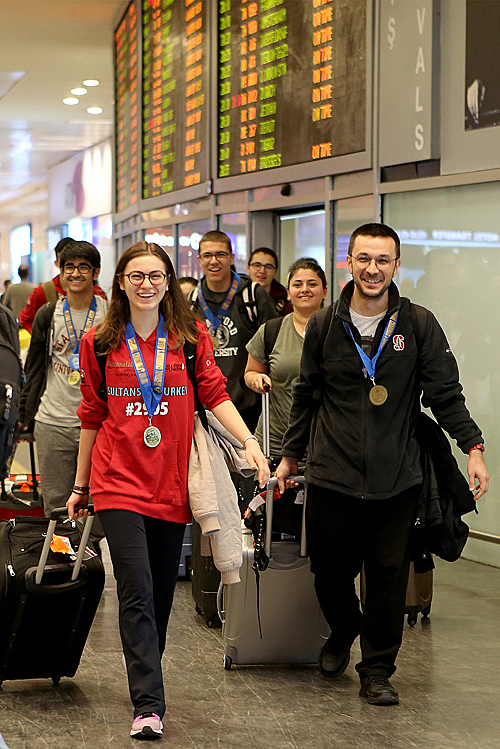 Their robot “The King” was produced with the sponsorship of Siemens and Siemens engineers gave support to the team throughout the process. Fikret Yüksel Foundation which was established in the USA by late 1941 Darüşşafaka graduate Fikret Yüksel, helped founding the Darüşşafaka Robotics Team 9 years ago, and still continues its support today.

One of the 19 students in the team, Hayel Kıymetli and the team’s mentor & science teacher Müge Tuvay were interviewed by San Francisco Chronicle during the competition. Please click on the following link to read their comments:

FRC combines the excitement of sport with the rigors of science and technology. Under strict rules, limited resources, and time limits, teams of students are challenged to raise funds, design a team "brand," hone teamwork skills, and build and program robots to perform prescribed tasks against a ﬁeld of competitors. It’s as close to "real-world engineering" as a student can get. Volunteer professional mentors lend their time and talents to guide each team. Students get to learn from professional engineers, build and compete with a robot of their own design, learn and use sophisticated software and hardware, compete and cooperate in alliances and tournaments, earn a place in the World Championship, qualify for over $16 million in college scholarships.