Consul General of France in Istanbul paid a visit to Darüşşafaka 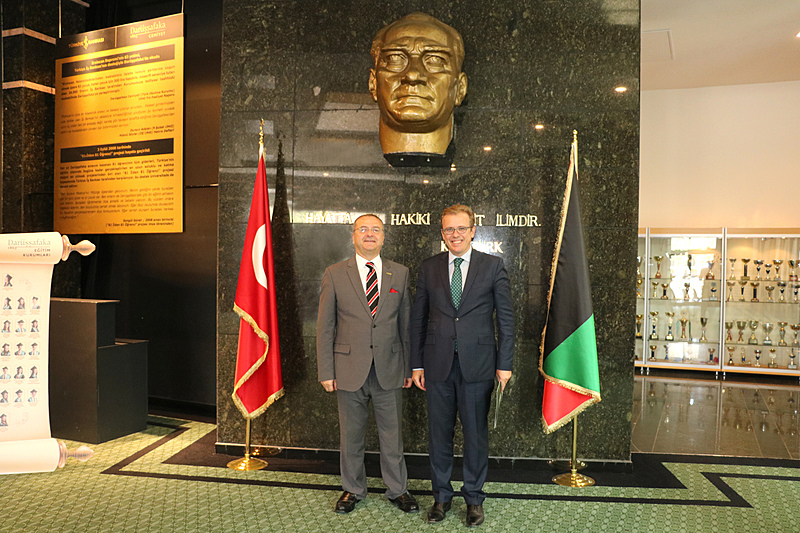 Gathering with the Chairman of the Darüşşafaka Society M. Tayfun Öktem and the members of the board of directors, Consul General Buchwalter and Villechange exchanged ideas for cooperation on issues such as cultural and language education.

At the meeting held in Darüşşafaka Society, Consul General Buchwalter and Villechange were informed about the current activities and the significant ones since the day Darüşşafaka was founded.

Lots of topics and memories were discussed through the gathering. For example, it was mentioned that one of the founders of Darüşşafaka, Sakızlı Ahmet Esat Pasha was influenced by Pritanée Militaire de la Flèche, a boarding school for orphaned girls and boys, which he saw during his duty in the Paris Embassy in the 1860s. On his way back to Turkey, he brought with him the plan of this school, the drawings of the students in uniforms and the curriculum, and this school was taken as an example when Darüşşafaka was established. 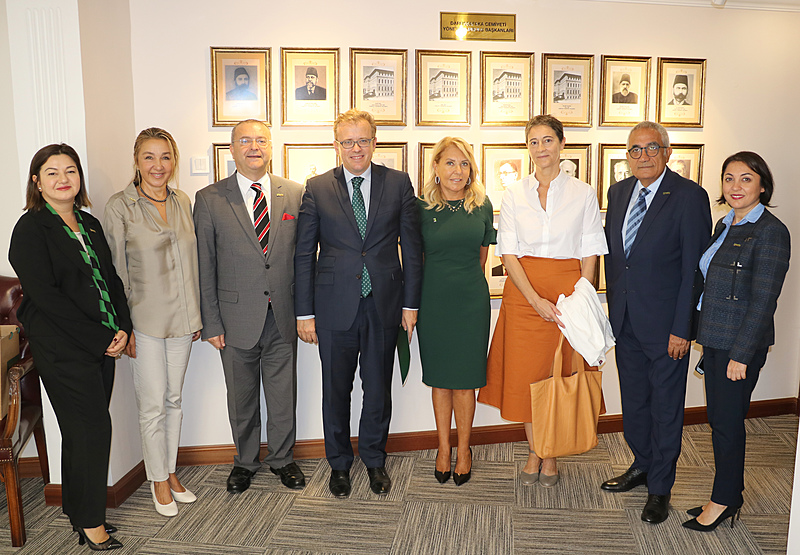 Emile Lacoine, who is one of the most important teachers of Darüşşafaka history, taught electrical lessons in Darüşşafaka High School for many years and made it possible for the most distinguished students to study electrical engineering in France after graduation. It was emphasized that the Ministry of Telegraph recruited the famous mathematician Salih Zeki, one of the students of Emile Lacoine, as an employee of the technical staff and made it possible for him to go to Paris for education.

At the end of the meeting, Consul General Bertrand Buchwalter wrote his thoughts and feelings of the day on Darüşşafaka’s journal.