All the best to the 143th Graduates!

Darüşşafaka is a warm hand that reaches out to you right when you start climbing up the ladder of life. Darüşşafaka is a journey from the tranquility of black to the hope of green. This journey that has ended for 66 of our students is actually a start of a brand new journey…

66 more has joined Darüşşafaka’s graduates. 143th graduates of Darüşşafaka High School got their diploma at the ceremony held on Friday, 23th of June, at TIM Show Center. 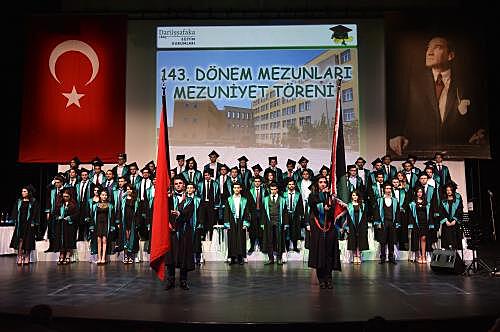 At the ceremony, 1967th graduates, who were celebrating the 50th anniversary of their graduation, received their remembrance diplomas and the recent graduates were taught their final class by Darüşşafaka Society Education Commission Member, Pedagog Dr. Özgür Bolat. 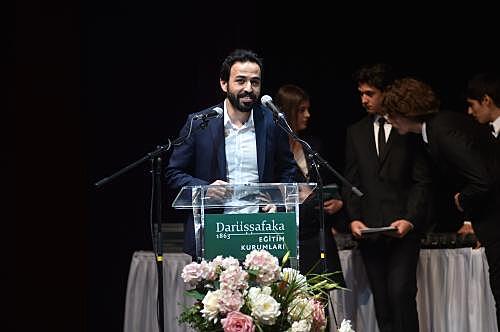 The ceremony started with a moment of silence in honor of the savior of our country; the founder of contemporary, secular, democratic Republic of Turkey, Mustafa Kemal Atatürk and his comrades and continued with our national anthem. Nimet Atabek, Headmaster of Darüşşafaka High School, gave the opening speech. 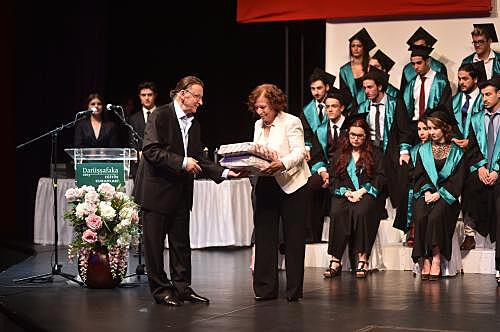 Giving a 50th anniversary remembrance diploma to those graduates who have graduated 50 years ago has become a tradition. Former Darüşşafaka Society Executive Board Member, Tunçer Gömeçli gave a speech on behalf of 1967 graduates who shared the same happiness as their newly graduating siblings.

Müjde Süme, Chairman of Darüşşafaka Society Executive Board, spoke out to recent Darüşşafaka graduates, inviting them to become members of the association. 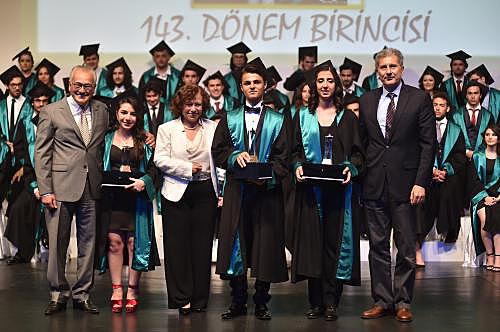 Darüşşafaka Yakacık Residence donor, retired teacher, Fahriye Moral gave valedictorian Oğuzhan Zaim a monetary reward to congratulate his success, as it had been given to valedictorians in previous years. 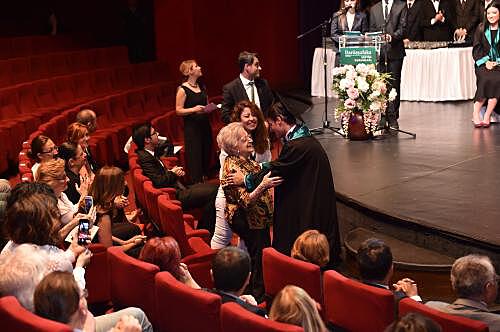 Oğuzhan Zaim gave a plaque of appreciation on behalf of the 143th graduates to the current representative of the illumination movement that has started 154 years ago, Talha Çamaş and to Muzaffer Aydın, their counselor teacher who has retired this year,  whom they describe as the “Mother of the 143th graduates”.

6 students who had started their education at Darüşşafaka nine years ago with scholarships from İş Bankası under the project “81 Students from 81 Provinces” received their diplomas from İş Bankası Directors, Suat Sözen and Müge Nevşehirli Veziroğlu. 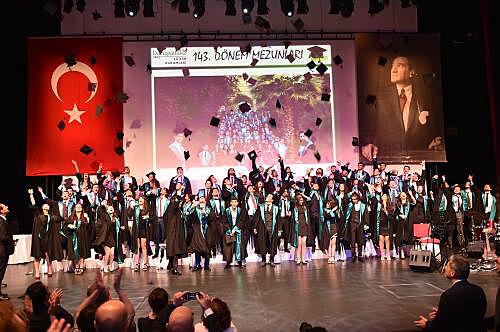 Newly graduates sang the Darüşşafaka anthem all together and afterwards threw their caps into the air. 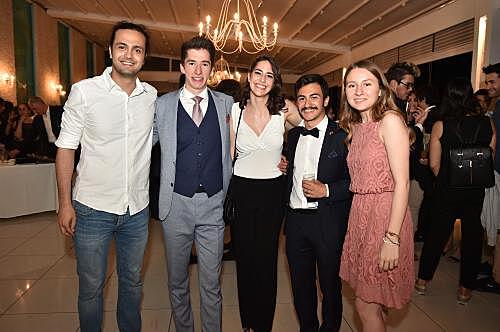 After the ceremony, recent Darüşşafaka graduates celebrated their graduation with their families and teachers at the party that was held at İstanbul Vilayetler Evi.

All the best to 143th graduates! May your paths never drift away from those of each other or your home Darüşşafaka!