The memory of Özlem İmece lives on with Darüşşafaka.

MasterCard has formed a fund within Darüşşafaka in memory of Özlem İmece who worked as the General Director of MasterCard's Southeastern Europe Division until 2010 and passed away in April. Inviting all its business partners to support “Özlem İmece Memorial Fund”, MasterCard published an announcement saying: “Our beloved colleague Özlem whom we lost last April has always supported one organization: Darüşşafaka… In an attempt to take over her treasured legacy, as the Global MasterCard Family we have set up a memorial fund for dear İmece. To uphold this fund, we will be running the 35th İstanbul Marathon on 17 November. The fund will be used to support the meaningful efforts by Darüşşafaka to serve our children.” 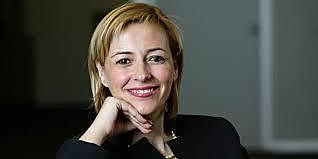 Having started her professional career in the loan marketing department of Yapı Kredi Bank, Özlem İmece later worked in Ankara Sheraton Hotel. Next, she became the marketing director of Interbank Card Service and in 1997 she joined the MasterCard team.

Information Note: Regular innovation instruction may be given only by credit card, while only one-time donations may be made by debit card.

This donation type is not active. We would be very pleased if you are interested in our other types of donations.