Constantly refreshing and improving itself, Darüşşafaka has always played and is still continuing to play an important pioneering role in the development of social and cultural life in Turkey with its teachers, students and members at all times throughout its deep-rooted history. One of these areas of development is sports. 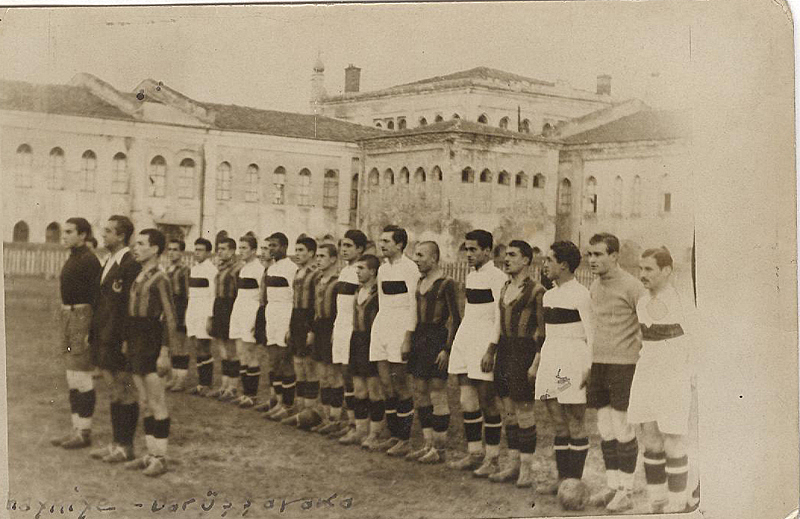 Darüşşafaka's first acquaintance with soccer dates back to the years when soccer was first started to be played in Turkey.  After Galatasaray High School - one of the first representatives of soccer in Turkey - partially burnt down in a fire, a part of the boarding students of that school were hosted at Darüşşafaka. And the guest Galatasaray students' game of soccer played at Darüşşafaka's schoolyard was also adopted by Darüşşafaka students. 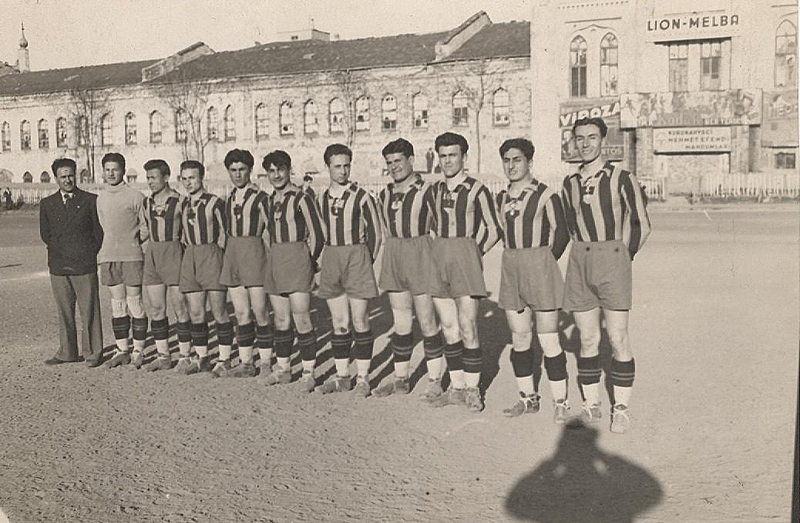 The imminent figure of the Turkish history of education, Satı Bey (Syrian Undersecretary of Education) was appointed to Darüşşafaka as principal in 1913. With the assistance of instructors who have just come back from Europe, Satı Bey implemented considerable innovations in sports, as in all other areas. He had an indoor sports venue constructed and gave way to sports events. Thus, a brand new period has started at the school where even running had been forbidden before. With the pioneering efforts of the physical education instructor Kalkay Sami Bey, not only individual sports such as scouting, athletic sports, wrestling and boxing were supported, but also different soccer teams named "Saadet" (Prosperity), "Gayret" (Effort), "Harika" (Wonder), and "Küçük Darüşşafakalılar" (Little Darüşşafakiers) were established in the school. Subsequently, Darüşşafaka Club comprised of the best players selected out of the matches organized between classes and groups started playing football matches with Süleymaniye, Vefa, Şehremini, and İmalâtı Harbiye (now Ankaragücü) clubs at Yeni Bahçe Çayırı (now Vatan Street). As these clubs competed each week, the matches gained a more official character by time. 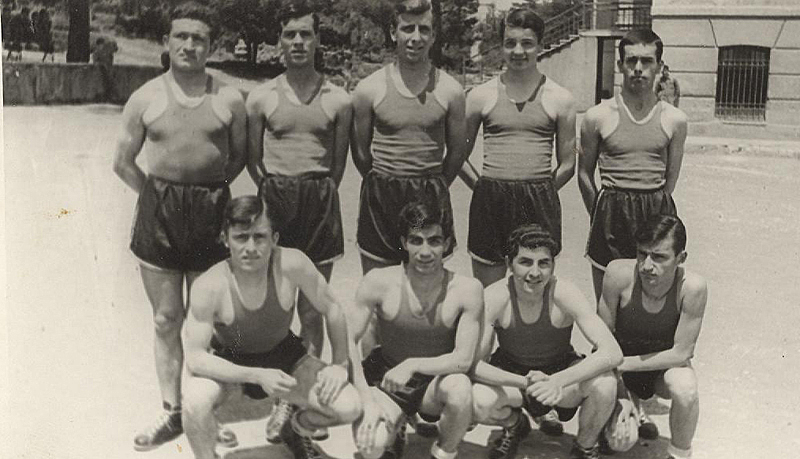 On the letterheads, subscription receipts and common seal of Darüşşafaka Physical Education Club, the year 1330 (Julian Calendar; corresponding to 1914) accompanies the club's name. Thus, the year 1914 was registered as the year of foundation for Darüşşafaka Sports Club through the Turkish Alliance of Training Associations. Yet it is a known fact that the club was active inside the school in 1908 unofficially under the name of "Sebat" (Tenacity). 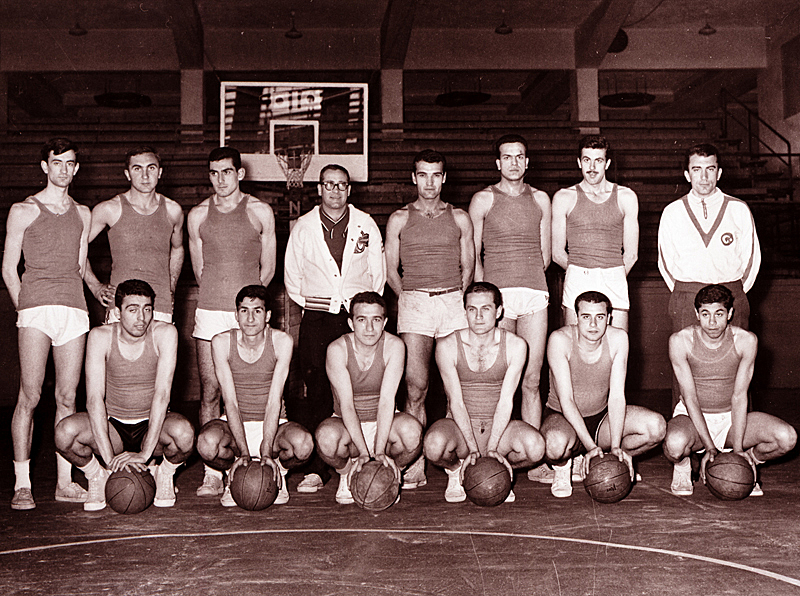 Playing soccer and volleyball in its early years, Darüşşafaka Sports Club obtained considerable achievements among leading sports clubs such as Fenerbahçe, Galatasaray and Beşiktaş. The club announced inauguration of its basketball branch on 4 June 1951 and then made substantial moves not only in basketball, but also in volleyball. The basketball championship acquired among Istanbul's high schools in 1950-1951 and the success in following years, along with the U16 championship in basketball in 1959-1960 season led the Club to attach more focus to the branch of basketball. Darüşşafaka came in the 4th place in Istanbul in 1957-58, 1958-59 and 1960-61 seasons; the 3rd in Istanbul in 1961-62, and became the "Champion of Istanbul" in 1959-60 and the "Turkish Champion of Basketball" in 1960-61 and 1961-62, two years in a row. The team also won the "Özdemir Tuncer Cup" three times in a row in 1958, 1959 and 1960. In the European Tour in 1959, the team acquired the second place in Belgium.  In those years, Darüşşafaka Basketball Team became the first Turkish team to rise to quarter finals in a European Cup and had its name inscribed in the Turkish sports history.

Raising the athletes of the future 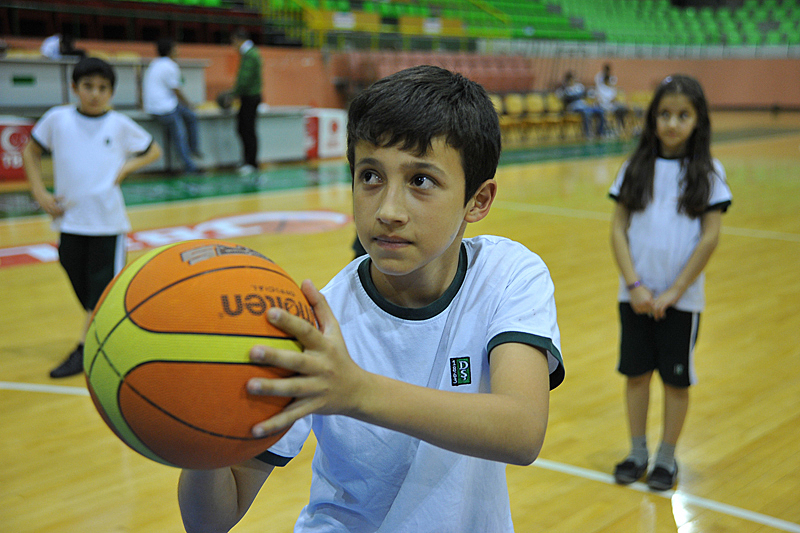 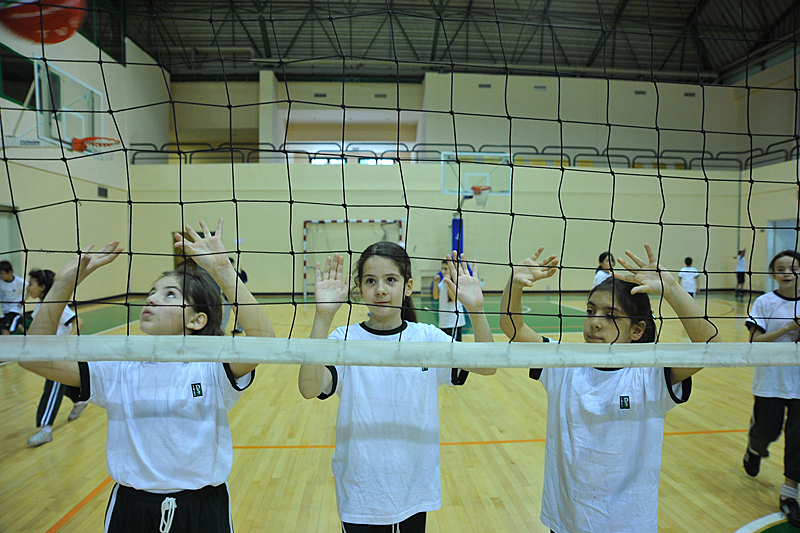 Darüşşafaka Sports Club teams, competing in their own leagues primarily with the players raised by them, as an indication of importance attached to youth setup, are still continuing to achieving success in each category.

The Club also established in 2001-2002 season the Junior Basketball Team squad for students born not before 1991 to consolidate the future of basketball even further. By picking Darüşşafaka students in particular, the Club further reinforces the Club-School collaboration. A role-model and a school in basketball, Darüşşafaka Sports Club carries the all-time mission to sports and represents a symbol of the equal opportunity principle in sports as well.

In 2013, Darüşşafaka Chess Team was established by Darüşşafaka Sports Club with the aim of achieving inspiring successes in this branch which has a strong tradition in the school. The team, also covering Darüşşafaka students and graduates, became Champions and moved up to the Turkish first league in its first year, and to the Super League in its fourth season. 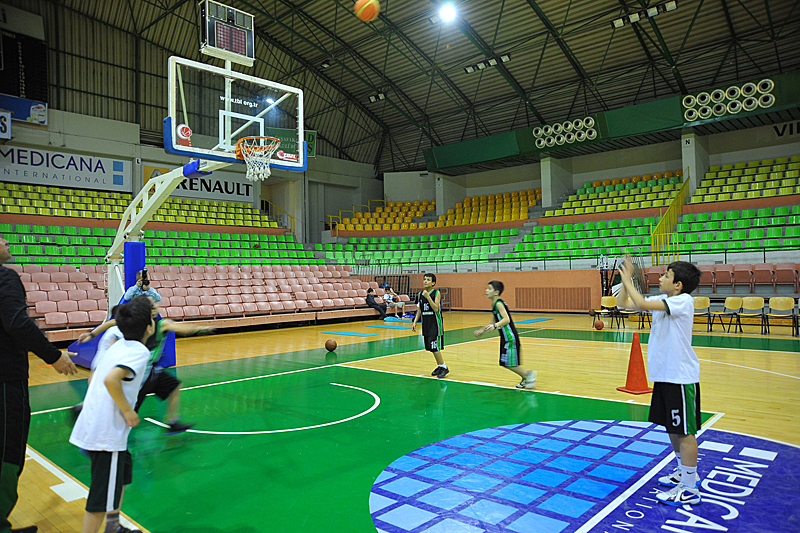 Darüşşafaka Basketball Team has its home court since 1995 at Darüşşafaka Ayhan Şahenk Arena Sports Hall located in Darüşşafaka Schools Campus in Maslak, Istanbul. With a spectator capacity of 3,500, the sports venue can be utilized by all Darüşşafaka students limitlessly and for free.