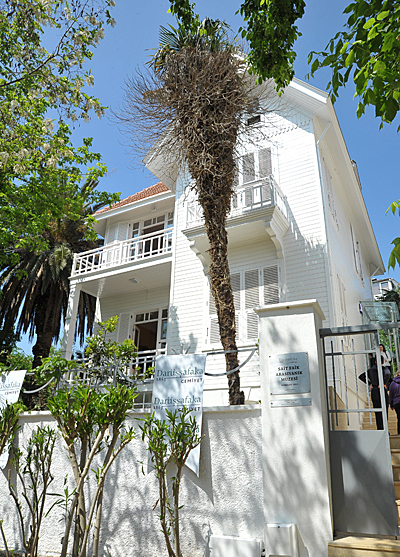 Sait Faik Abasıyanık, the great writer who dedicated himself to Darüşşafaka's mission and bequeathed his assets and copyrights to his books to the Society, is a pioneer in modern Turkish story-writing. Sait Faik Abasıyanık’s museum house in Burgaz Island (Burgazada) where he lived and wrote many of his stories, was renewed and reopened for its visitors by Darüşşafaka Society.

Sait Faik Abasıyanık Museum, exhibiting Sait Faik’s belongings, manuscripts, letters, photographs, and many other objects and documents which carry the traces of his memories, was opened to the public for the first time on August 22, 1959.

The museum is maintained by Darüşşafaka Society since 1964, and is one of the most visited museum houses of Turkey since the day it was opened.

After the completion of restoration and conservation works which had been carried out since 2010 by Darüşşafaka, the museum was reopened to its visitors on May 11, 2013 with its brand new look, restored and renewed with a contemporary museology approach.

The museum, which takes Sait Faik’s readers on a fascinating journey to his literary and spiritual world, is open to the public free of charge upon the writer’s bequest. We invite Sait Faik lovers and everyone who would like to discover his world, to Sait Faik Abasıyanık Museum… 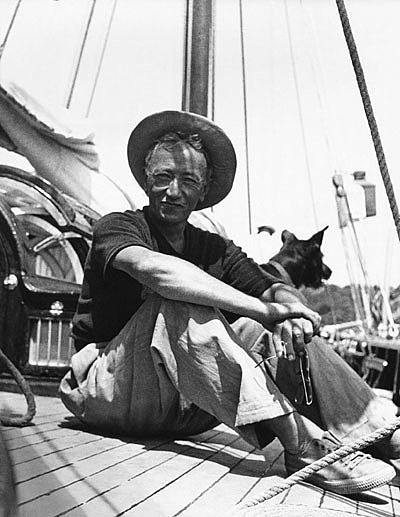 Sait Faik Abasıyanık, who is considered a landmark in Turkish literature with his contributions to contemporary story-writing, was born on November 18, 1906 in Adapazarı.

He went to elementary school in Karamürsel and Adapazarı, and completed his high school education in Istanbul and Bursa. After studying for two years at Istanbul University’s Faculty of Literature, he travelled to several countries in Europe. He stayed three years in Grenoble, France, which he loved and had a considerable effect on his writing and personality. Upon his father’s request, Sait Faik returned to Istanbul in 1934 and lived in the Rumeli apartment building on Rumeli Avenue of Şişli district, where his family had just moved in.

After his father died, he spent his winters in Şişli and his summers with his mother at their house in Burgaz Island (Burgazada) which they had bought in 1938. He spent most of his time at this house after he became ill in 1945, until his death on May 11, 1954.

Sait Faik published his first short story “Uçurtmalar” (Kites) on December 9, 1929 in the Istanbul daily Milliyet. After returning home in 1934, he started publishing his short stories in Varlık, an important Turkish literary magazine. Beginning from this year, he devoted himself completely to writing short stories and he narrated the sea, nature, workers, children, poor people, unemployed and fishermen with a humanistic, sensitive, honest and modest way. His first collection of short stories, Semaver (Samovar) was published in 1936 by Remzi Publishing. In 1939 Sarnıç (Reservoir), in 1940 Şahmerdan (Pile Driver), in 1948 Lüzumsuz Adam (The Futile Man), in 1950 Mahalle Kahvesi (The Neighborhood Coffeehouse), in 1951 Kumpanya (Company of Players), in 1952 Havuz Başı (By the Fountain), Son Kuşlar (Last Birds) and Birtakım İnsanlar (A Certain Kind of People), in 1953 Kayıp Aranıyor (Search for the Missing Person) and Şimdi Sevişme Vakti (Now’s the Time for Love), and in 1954 Alemdağ’da Var Bir Yılan (A Snake in Alemdağ) was published. In 1953, he was elected an honorary member of the International Mark Twain Society (USA) for his contributions to contemporary literature.

The paths of Darüşşafaka and Sait Faik crossed one year before his death at a literature matinee organized by Darüşşafaka High School in Fatih. He showed admiration for the children studying there and gave them special attention. After attending the matinee, Sait Faik wandered around the school, and when he returned home, he told his mother that he would like to bequeath all of his money to Darüşşafaka in order to provide children who had lost their fathers a chance to receive quality education. His mother Makbule Abasıyanık respected his wish and left his assets and all the copyrights to his books to the Society with her bequest dated November 8, 1954, with the stipulation that his house at Burgazada be preserved as a museum and that an award in her son's memory be given each year. The Darüşşafaka Society faithfully embraces the terms of the bequest which was inherited in 1964, preserving the museum which was opened on August 22, 1959 and being responsible for its maintenance and renovation since 1964. Darüşşafaka has also been organizing every year since 1964 one of the most significant literature contests in Turkey, “Sait Faik Story Award”, thereby commemorating the great writer on a nationwide scale. Turkish literature’s longest-standing story contest has been held in collaboration with “Türkiye İş Bankası Kültür Yayınları” since 2012.